5 Ways to Encourage your Childs Imagination 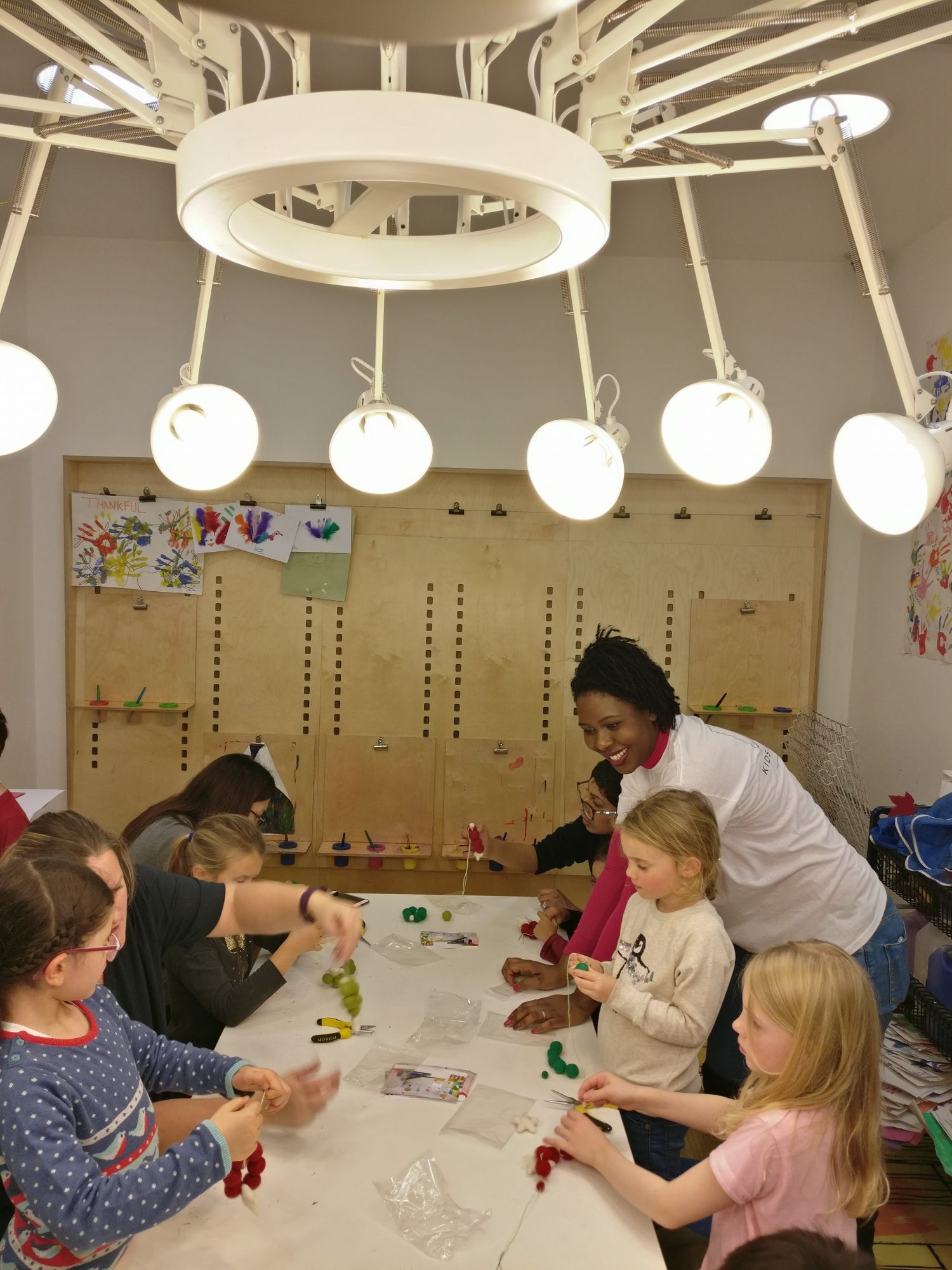 5 Ways to Encourage your Childs Imagination

What is it that every parent most wants for their child? It’s a trick question, to be sure. When it comes to identifying those things that we desire for our children, the possibilities range widely from good health, to good moral character, healthy relationships with others, financial and career success, and more.

While we may hope that our children live productive lives, and occupy comfortable homes with gas conversions and plush sofas, however, and while we certainly want our children to be good people, imagination is arguably no less vital a trait.

Imagination is not just a means by which kids can entertain themselves on rainy days; it’s a major part of the basis of all civilisation and culture. Although it may be easy to forget as we go about our daily business, everything we experience as social and cultural creatures, including every man-made tool we use — all originated in the imagination, in one form or another, of the generations who went before.

The concept for the computer, tablet or smartphone that you’re reading this on was originally conceived of in someone’s imagination, just like the chair you’re sitting in, the design of the shirt you’re wearing, and the electricity powering your digital devices.

For that reason, you can probably see why encouraging your child’s imagination is one of the most important things you can do as a parent.

Here are some ways to encourage your child’s imagination.

Get them reading as early as possible

When you think about it, the concept of a book is incredible. With only paper and printed words, dreamt up and formed in sequence by an author, you, the reader, can find yourself lost in incredibly, magical worlds filled with vivid imagery and possibilities — which all exist and take form on the stage of your imagination.

There is in Hollywood a special effect that has the power to craft a compelling and powerful world, and series of images, that the human imagination itself does.

By getting your child into reading as early as possible, you grant them access to this magical world, so that they can begin exploring all its many wonders in their most formative years.

By reading books, your child’s imagination will come to life, and will be stretched, expanded, and given direction. Idle daydreaming will be complemented by vivid world-building and tales of adventure, mystery, intrigue, daring, problem-solving, and more.

Limit the amount of time they spend in front of screens

The wonders of the internet, TV, and film are readily apparent. To a greater extent than ever before, we can communicate with people on the other side of the world, access information which we might never have found in our local library, and experience forms of entertainment that would have made our grandparents’ jaws drop if they were exposed to them in their youth.

But for all the benefits that come with the digital age, there are a good number of downsides, too — particularly for the development of children.

Aside from the obvious concerns that should arise regarding letting a child surf the web unattended, one issue with digital entertainment is that it simply engages the imagination much less than other forms of entertainment.

When playing a video game or watching a film or TV series, the work normally done by your imagination is done by graphic designers, props, actors and soundtracks. Instead of having to construct worlds in your imagination, you merely experience them in a strange and abnormal way, through your senses.

While the occasional child-appropriate film or TV show isn’t likely to do any harm, allowing your children to spend too much of their time glued to screens may have the potential to seriously inhibit their imaginative development.

Give them toys that encourage creativity

This point perhaps seems a bit redundant, as most toys will naturally encourage a degree of imaginative creativity.

Nonetheless, toys which require a high degree of active, creative engagement from your child will be all the more effective at training and encouraging their imaginations.

Lego is an excellent example, in order to enjoy the toy, your child will need  to engage their imagination to determine how the pieces should be stuck together in order to form the desired object.

Puzzles of various types are other examples of toys that may achieve the same function, by means of forcing your child to identify patterns and visualise a completed project. 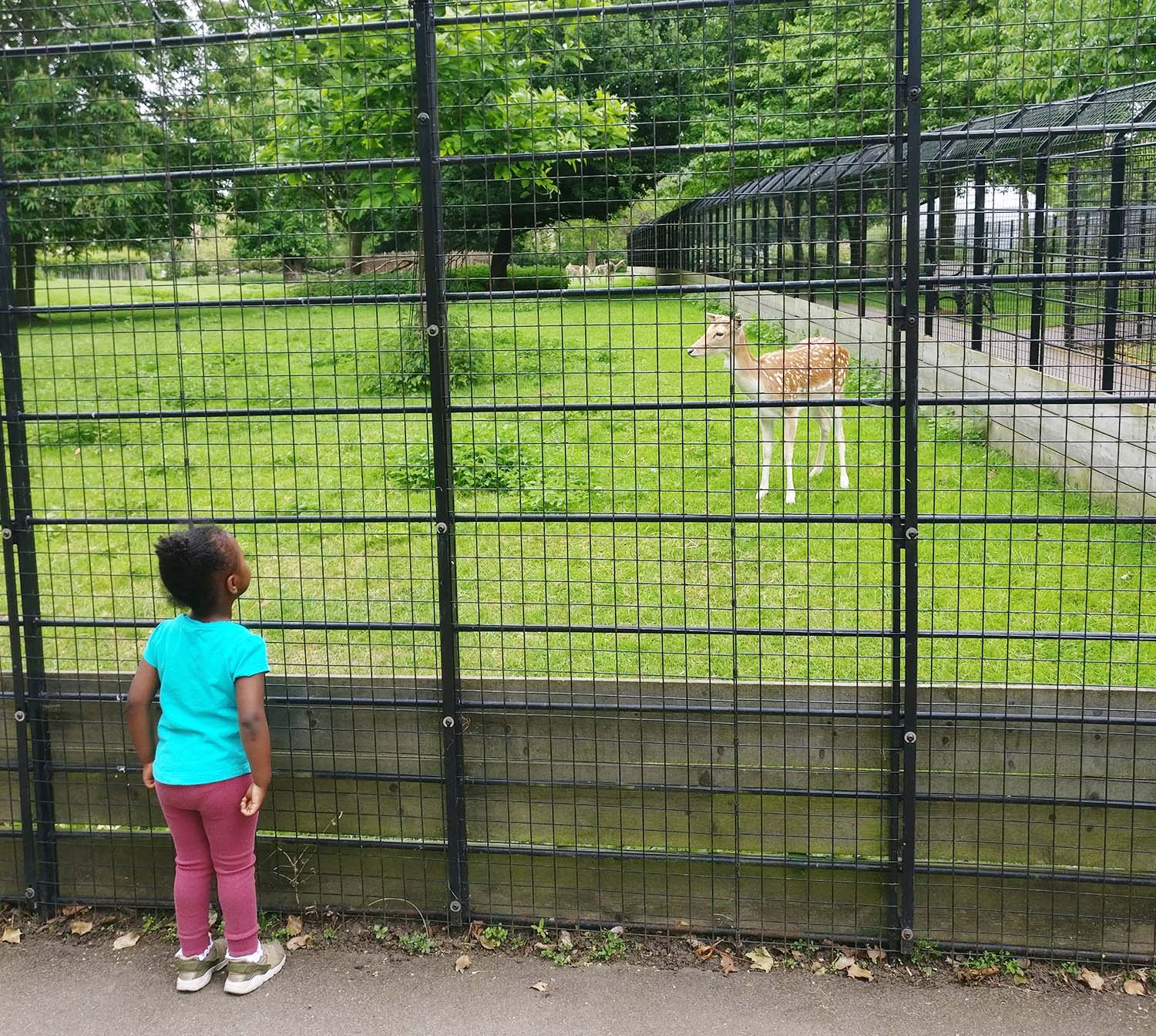 Take them out into nature on a regular basis

Nature may arguably be the best stage for the expression of imagination. After all, it was from nature that early man carved society and culture, and it’s nature that reappears so frequently as an archetypal theme in art and literature.

For a curious and imaginative child, a trip into nature isn’t just an interesting change of scenery; it’s a weird and wonderful world, fundamentally different from the human world of the family home, the school building, the town, or the city.

In nature, elves, gnomes, and pixies can be found, along with a range of cunning and fascinating animals — at least, according to childhood fairy-tale.

In a natural setting, every groove on a tree can look like a face, every mushroom may be the home of a cunning and magical forest creature, every discarded stick could be a sword, or a staff, every pile of twigs could be the material for building a fort, and every stream could be an avenue for ships to sail out to sea.

Time spent in nature can encourage a child’s imagination, just by the sheer fact of the surroundings themselves. The natural world and curiosity that comes with this exposure to natural environments can, however, be accentuated by the length and type of your visit to the natural setting.

Staying for a weekend in a log cabin in the mountains will, additionally, allow your child to experience the wonder of sunset and sunrise, and the bright stars, free of light pollution.

Take them on day trips to museums

Museums are a brilliant option for a family day trip, for a whole host of reasons. For starters, they are extremely educational. Your child is likely to learn more from the different displays in a museum, or from a guided tour, than they are from several days spent studying a topic at school.

The reasons for this include the fact that museums provide vivid, novel, and exciting environments, where history, science, and the artefacts of culture can be encountered directly, in-person.

But museums also have a tremendous ability to inspire and engage your child’s imagination, both by providing new material to incorporate into imaginative play and fantasies, but also by exposing your child to new aspects of reality that have to be grappled with and understood. How can you understand the concept of a dying star, other than by engaging your imagination, after all?

Furthermore, museums typically aren’t made up of high-definition, 3D, cinematic displays (although these may be featured here and there), but of such things as skeletons, pieces of pottery, meteorite fragments, and so on.

These kinds of static objects can be immensely engaging and fascinating, but will nonetheless require your child to engage their imagination to appreciate. A stuffed animal will only take on its full magnitude once your child imagines it charging down its prey, and a meteorite fragment will only seem properly impressive when they imagine it hurtling through space.

Helping A Restless Child Achieve Better Sleep We all know how important it is for our children to enjoy a good amount of sleep. This can vary from eight to eleven hours depending on the age of your child. Many people assume it would be around eight hours as is...

6 top tips on creating the perfect workspace for home schooling and tuition “Your schooldays should be the best days of your life.” Or so the cliché runs. Whilst this is true for some, it is unfair to hustle children of every upbringing, character and confidence under...

Happy New Year! Yes I know I'm a little late, but I've been busy working on a few exciting projects, here in London and abroad. My previous post was about a precious little girl with cancer. Her parents asked me to do something special to her room. Although it was an...